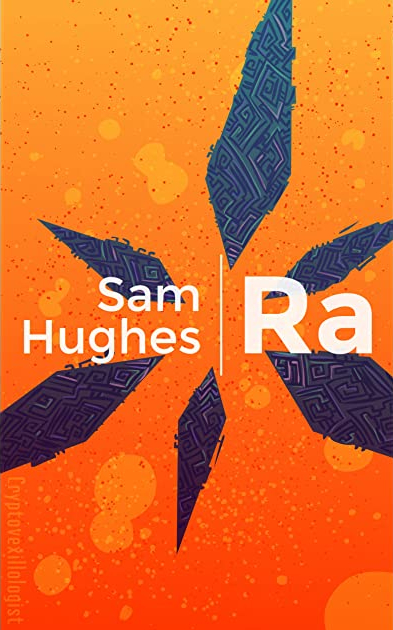 Science fiction started to become significantly more interesting after the general public developed into a more scientifically educated population. The idea of “magic” in pre-1980’s science fiction, as it was written by famous authors such as Piers Anthony or Jules Verne, was relegated more on the fantasy end of the spectrum, and reading a novel from this era requires more effort while attempting to suspend disbelief.

In the 2014 novel written by Sam Hughes, Ra depicts a world where magic is as real as particle physics or organic chemistry. In this alternate present, scholars study the use and effects of magic in their world, and apply it to engineering pursuits for purposes such as harvesting energy or traveling into space. “Mages” as they are called conduct magic by vocalizing sequences of words belonging to no particular human language that exists, much like spells in fantasy fiction and not unlike statements in a computer programming language. Mystery begins to unfold as these scholars attempt to unravel the origin and the meaning of the various incantations necessary for practicing magic.

The setting alternates between what we perceive as reality in this alternate 21st century, a shared dream that is possible to visit at will, and a computerized virtual reality later in the story. The shared dream setting, called “Tanako’s World” in the book, is particularly interesting since no physical laws appear to apply, and the characters interact within this setting in very strange and inexplicable ways. It’s quite confusing to follow the various characters throughout these various settings, but the story does a decent job in elaborating on these various settings without the need to break the fourth wall as the book reaches its conclusion.

The story begins with some predictable and straightforward world building and character development, then gradually becomes more technical and unusual as the storyline progresses. The alternate present in which most of the book takes place is relatively easy to understand in the beginning, so are the various characters’ intentions and actions. However, in the later chapters this takes quite a turn and the story becomes a much more bizarre and complex. By the end, it’s hard to believe the events are taking place in the same world that was constructed in the beginning.

Character development in Ra leaves a bit to be desired. The two main characters, sisters named Laura and Natalie Ferno, have a clear and interesting dynamic in the beginning of the story where they appear to have a competitive but caring relationship with each other. However, it doesn’t evolve much beyond this, and their various intentions throughout the storyline are often unpredictable and unrelatable based on the events early on in the story. Other characters that are introduced later have weak and tenuous relationships with the main characters with very little background explanation.

Overall Ra is a fantastic book for anyone who is a fan of modern science fiction with a techno-futuristic spin. Despite the suitable amount of scientific justification supporting the story, it is more on the “soft” end of the spectrum for modern sci-fi, but enjoyable nonetheless. It’s available to read for free on the web.